Poor Posture Can Cause Digestive Problems

Poor Posture Can Cause Digestive Problems

Although poor postural habits can lead to musculoskeletal disorders themselves, there are other physical and psychological symptoms that they can potentially cause such as:

One of the most important impacts of poor postural habits on body health can be seen in the form of poor digestion. Slouching is an example of poor postural habits that compresses abdominal organs, including the digestive tract. This can lead to heartburn, slow digestion, and nutritional deficiencies. Metabolism slows down since the digestive tract is not able to push food through the way it should due to being bunched up. Digestive issues caused by poor posture can be listed as follows:

This condition is likely to occur as a result of sitting for long hours, eating while lying flat on one’s stomach, or being hunched, as these positions would trap a large amount of gas in the stomach. That is why it is advisable to sit up straight while eating.

Improper postures like slouching while sitting or sitting for long hours can cause abdominal pain because the abdomen and internal organs would be constricted.

Spending hours sitting and using handheld devices or spending hours hunched over in chairs can lead to the development of Forward Head Posture, improper pelvic tilting, rounded shoulders, and rounded spine. People suffer from IBS when the location of the spine that contains the nerves responsible for communicating with the large intestine is affected by an incorrectly rounded spine, from the lower rib cage through to the lower back.

As it has been mentioned before, poor postural habits such as slouching can put pressure on your abdomen leading acids to go up in the esophagus which would turn into heartburn.

Common MSDs That Plague the Dentists 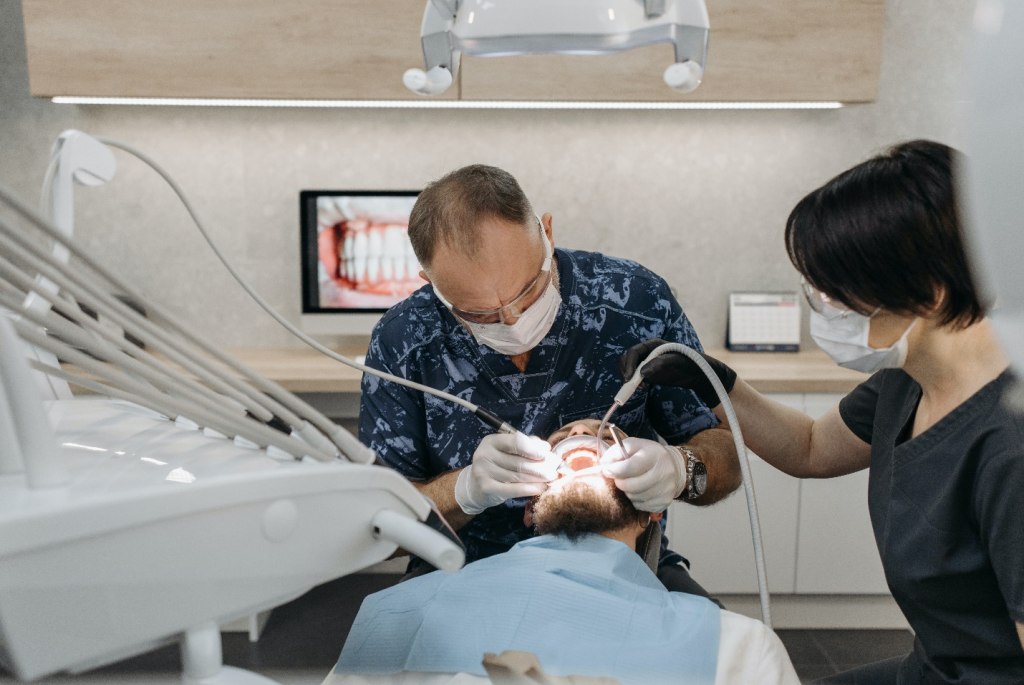 Chiropractic Services as a Potential Treatment for MSDs